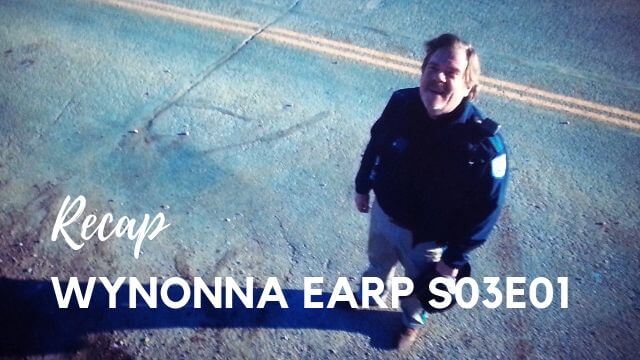 After initially being rather dismissive of Wynonna Earp in my Wynonna Earp review, I reached the end of season 2 on Netflix and went out of my way to get season 3 on Blu-ray so I wouldn’t have to wait to find out if it would one day be made available in my region. I guess enjoyable TV doesn’t have to be good!

Season 3 starts with Wynonna, Dolls and WayHaught killing a bunch of revenants, as they do, and a bunch of Hungarian vampires invading the Ghost River Triangles by charming Sheriff Nedley. Oh, and Dolls and Jeremy now have a moustache.

Waverly and Nicole make out (2 gay stars for that) and Wynonna and Doc Holliday hit each other in the barn because that’s the only way he’ll talk to Wynonna nowadays. Apparently he’s suffering from post-partum depression because yes, it can be hard on the dad if his newborn is helicoptered out of town to an undisclosed location.

Nicole and the Earps go to the local strip club to look at the latest crime scene, which consists of 16 dead people. Just a normal day in Purgatory! As it turns out, Nicole is not a secret cultist – she’s just investigating the cult of Bulshar. As she realizes at the end of the episode, she might have been the lone survivors of a previous mass murder of the cult of Bulshar. Is that why she’s in Purgatory?

Doc Holliday and Jeremy get vampire-charmed a.k.a. glamoured – or well, Jeremy does (by a charming young lad), Doc Holliday just gets abducted and tied to a stripper pole. The lady abducting him has Janelle Monáe’s fashion sense and is apparently a Countessa. Or maybe that’s her name. Maybe she’s a DJ? They have a history and somehow she wants to save him, but she also tortures him with electric shocks. The straight relationships in this show are all pretty dysfunctional, wouldn’t you say?

Wynonna goes to see her mum in prison – a bit odd, as in the last episode it seemed like she was just chilling outside. Mama Earp hears voices and isn’t saying anything about the cult of Bulshar. Thanks for the talk. Dolls gets his hand on the mother’s files and we get some backstory while he pretends to eat a cheeseburger. I couldn’t concentrate on the scene in the car at all because nobody eats a cheeseburger like this, with tiny little nibbles, and then puts it down on the dashboard! That’s like the episode of Seinfeld where Jerry pretends to eat steak to seem more manly. What’s up with that?

Anyway, Dolls leaves with his burger in his pocket and the Hungarian vampire tries to glamour him, but he’s a dragon, so it’s fine. He gets away but for some reason doesn’t dragon-roast her.

Speaking of vampires, they’re going to have a nice party where they separate the wheat from the chaff – the old families who will be given to Bulshar and the new families who will be slurped by the vampires. Luckily, Wynonna (rescued out of a coffin by Dolls) and Dolls are resistant to glamouring and have a Defeat-The-Vampires kit complete with Ikea instructions, and so this big evil undefeatable gaggle of vampires is suddenly very defeatable and not even hard to kill. Standard Monster of the Week stuff.

On a side note, why is all this taking place in the Gardner house? Is Mercedes still in the hospital sans face? Did they leave the place unlocked? And while we’re on the topic of people I’d like to come back to the show, what’s up with Rosita? I’ll be sad if she’s not back to…well, be friends with Waverly, I suppose. She can’t be friends with Wynonna anymore and I guess Doc’s not her boyfriend anymore? Anyway, moving on.

One gay star for Jeremy drooling over his male liege. Also, can I just say that the vampires’ Hungarian is as good as mine: they can say good morning and thank you. Woo!

One of the vampires is left alive to go back to Bulshar and tell him he’s failed bringing the old families to him. Bulshar makes him eat some sort of kötbullar as a punishment.

Wynonna and Doc make out again, so all is good in the world. (I hope he wasn’t making out of her while thinking of the Countessa! Bad Doc!)

At the end, Waverly, Wynonna and Jeremy admit to peeing in the shower (Dolls looks horrified) and Wynonna and Waverly have a car accident. We see a screaming Waverly get pulled from the wreckage (how did that car end up in the middle of nowhere? Did they accidentally drive off a skiing ramp?). I don’t know about you, but my money’s on Wynonna still being alive. Guess we’ll find out in the next episode! 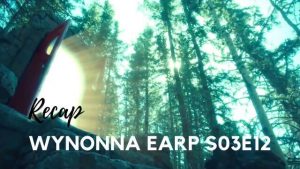 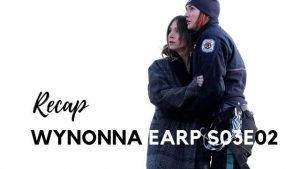 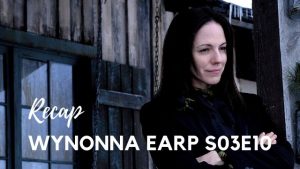 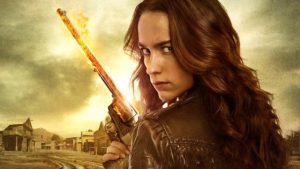 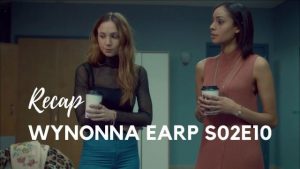