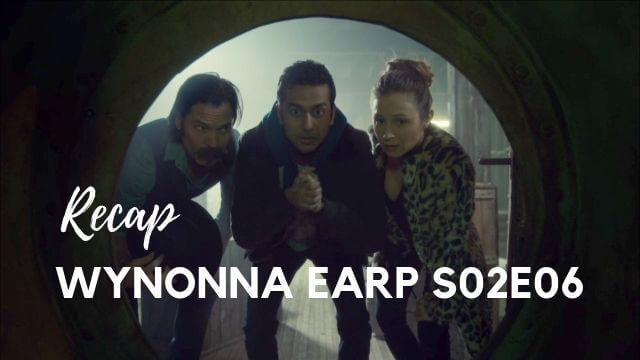 This episode of Wynonna Earp starts with Moody confirming to Dolls and Doc that Black Badge has abandoned them. They’re cut loose, they don’t have to worry about their contracts signed in blood anymore, they’re also likely not getting paid anymore. (Booh.) The reason, Moody says, is that they don’t want to fight a war they know they can’t win. Alright, but then why don’t you carpet-bomb Purgatory and be done with it? Unclear!

Wynonna is still pregnant and not ready to deal with it, which is unfortunate when time gets fast-forwarded and we get to see the pregnant belly they’ve been trying to hide for a number of episodes now. This is much to Dolls’ chagrin because he was just about to tell Wynonna that he “wants to be more than her boss”, as Waverly puts it. Now he can pout again and dislike Doc Holliday. Oh joy.

My question from the last episode was answered, by the way: Wynonna DID use two types of protection when she slept with Doc Holliday, they just didn’t work. So she is still a role model for contraception, she’s just a bit cursed.

Also, for a second there I thought there was trouble in paradise for Waverly and Nicole when she said they hadn’t talked since Waverly was posessed. Uh-oh, is there going to be dyke drama? But no, Waverly assures Nicole that she remebers every second of being with her and they make out passionately to the tune of 4 gay stars! (Did Waverly move into Willa’s old room for good now? Also, how does she KNOW she remembers every second?)

So everyone in town’s asleep and Wynonna, roused by Peacemaker, wakes up all our heroes. Dolls knows a lot of things about the situation that he seems to just have pulled out of his nose, like that everyone dies if they sleep too long, that you risk falling back asleep, etc. But we go along with it.

Jeremy finds out where the second seal is – at Shorty’s – and the veiled ladies find out too and meet Jeremy, Doc and Waverly there. Instead of eating the three of them, they just knock them out with cold breath (or bad breath? who knows!) and in one slightly pointless scene, Jeremy tries to be the hero only to be knocked out again. Jeremy is growing on me, I have to say. I was really hoping he’d succeed.

Tucker is being very evil – he helped the veiled ladies get to the demon of the week, but he also killed the stone witch. (What!) Plus, he’s got himself a lady as a reward and he’s trying to make her pretend she’s Waverly. Creep! Nicole shot him in the shoulder and then he escaped through the first storey window. He’ll probably be back with a vengeance.

In the end, the evil of the week gets Peacemakered, Wynonna is sad about her lot in life, Dolls is pouty, Waverly is supportive and Doc Holliday is “all in”, which is sweet. He’ll teach the kid to throw a knife, to ride a horse and never miss their ballgames. Woo! 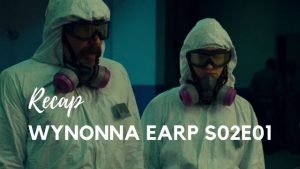 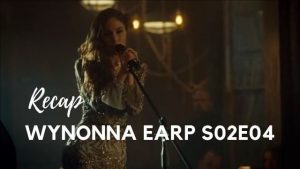 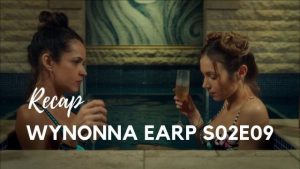 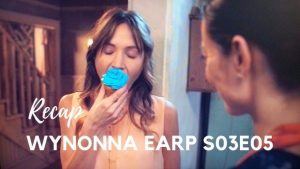 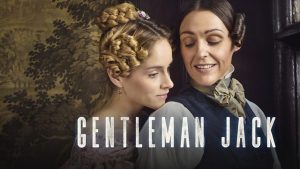