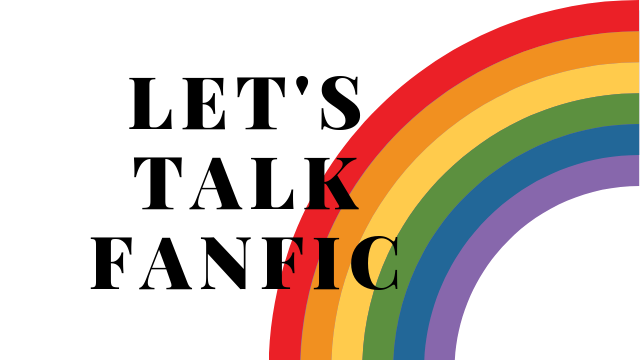 Fanfiction (or fan fiction, fan-fiction or simply fanfic) is a work of fiction that uses characters or settings originating in other works. It is written by fans of the original work and it’s a treasure trove for anyone looking for reading material with LGBT characters.

Lesbian fanfiction is also called femslash on account of the way a female-female pairing is abbreviated, as two Fs separated by a slash character: f/f.

The advantages of fan fiction

Fanfiction doesn’t have a particularly good reputation and is a much-maligned form of writing, maybe because some of it is badly written and a lot of it is sexual in nature. I do believe it is better than its reputation, though.

There’s a lovely quote by Francesca Coppa, who wrote a book called The Fanfiction Reader:

Many fanfiction writers write about sex in conjunction with beloved texts and characters not because they think those texts are incomplete, but because they’re looking for stories where sex is profound and meaningful. This is part of what makes fan fiction different from pornography: unlike pornography, fanfic features characters we already care deeply about, and who tend to already have long-standing and complex relationships with each other. It’s a genre of sexual subjectification: the very opposite of objectification. It’s benefits with friendship.

There’s fanfiction about movies, tv shows, video games, books, theater plays and more. If you’ve read The Twelfth Night by Shakespeare, maybe you – like me – thought it would have been nice for Viola and Olivia to actually get together at the end. Well, there’s a Twelfth Night fanfiction for that. Maybe you’ve also heard of the vastly successful book Fifty Shades of Grey, which actually started as Twilight fanfiction.

Another advantage of fanfiction: It’s often pleasantly short. Sometimes you just want to pass half an hour of waiting around or read a nice story with a cup of tea. Fanfiction comes in all shapes and sizes: from short 1,000 word snippets to massive stories with the length of a novel.

The disadvantages of fanfiction

One clear disadvantage of fanfiction is that it is often written by people who are not particularly good at writing. Then again, this can happen with “regular” books as well (I’m looking at you, The Time Traveler’s Wife!). You’ll find fanfiction with terrible dialogue, terrible plot, terrible grammar and terrible spelling mistakes.

Some fanfiction writers are very entertaining, though, and the more prolific ones will likely get better and better with time. If you do find a rare fanfiction gem, make sure to check out the other work of the author.

Also, let’s not forget that even if you need to sift through some badly written prose with typos and grammar mistakes, fanfiction is free so you can just move on without having to lament having spent any money on an inferior story.

Where to find fanfiction?

The best place I have found so far when looking for fanfic is a website called Archive of our Own. It’s a huge archive of fanfiction of pretty much any fandom you can think of, it has categories you can easily browse, it’s completely free and you can sign up for free and publish your own fanfiction if you like.

Pick your fandom and your preferred pairing and you’re all set. Make sure you also look at the keywords and any warnings by the author to find what you like – and to stay away from what you won’t like. There’s no limit to people’s imagination and Archive of our Own are not policing their site, so if you don’t like depictions of violence, look out for related warnings. There’s also a tag euphemistically called non-con, which stands for non-consensual, and yes, there are people who write fanfic that includes rape. Usually those stories are tagged and categorized accordingly, though, so you can avoid ever seeing any of it.

It’s hard to recommend works in general if they’re part of a fandom you may not care about in particular, but here you go:

That’s a few to get you started. If you have any recommendations of your own, I’d love to hear them in the comments! 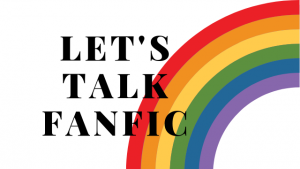 In Support of Fanfiction 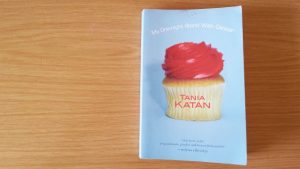