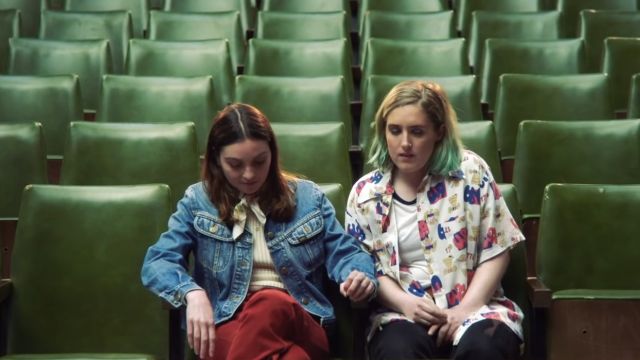 If you’re looking for music videos that speak to the little lesbian inside of you, you’ve come to the right place. In times of Hayley Kiyoko and Shura, there’s really no reason for you to NOT turn all your YouTube recommendations totally gay.

Shura – What’s It Gonna Be

What’s It Gonna Be? is a dreamy little music video about high school and friendship with a gay twist. Spoilers! But then, considering the title of this article, I figure you must have already guessed it. It’s very sweet and lovely and makes me want to ride around on a bicycle.

Shura is a British artist from Manchester who makes some pretty nice synth-pop music. If you liked this video, you might also like Touch, which has been viewed more than 30 million times. Sadly, it seems you’re not allowed to embed it, so watch it on YouTube.)

Hayley Kiyoko is an American singer who seems to have made it a point to have as many gay music videos as possible. Little known fact about Hayley: She’s a lesbian! Surprise! Girls Like Girls is a video about falling for your best friend who already has a boyfriend. It’s also about riding your bicycle to their house, because bicycles are an important prop in LGBT music videos it seems.

I’m actually quite bothered by this video because not only do they smoke, but they smoke IN THE HOUSE! How are you going to get that stink out again? But then there’s also lots of painting each other’s fingernails and sitting wistfully by the pool and gazing into each other’s eyes, so I won’t complain too much.

To continue with the theme of smoking, in this video by German indie-pop band Virginia Jetzt! we follow two friends hanging out at an empty stretch of beach somewhere, smoking cigarettes, flying a kite and making out, only to then pretend it never happened and walk around without trousers. You know, as one does.

The whole video looks like it’s been shot on a crappy camcorder, and since it’s from 2002, it probably was. But it’s still charming and really, can anyone get enough of the We’re Friends But I’m Suddenly Very Attracted To You trope? Didn’t think so.

As I said before, Hayley has made it a point to have most of her music videos be very queer, and this one is no exception. This one has Kehlani in it, who Wikipedia tells me identifies as pansexual, and this is another one of those music videos that have friends hanging out and then making out.

In this music video for a cover of Tracy Chapman’s Fast Car, two ladies are dancing together in the rain, which is in itself already very romantic. Plus, there is hand-holding and neck-kissing and they seem to be having an overall marvellous time.

Tegan and Sara have had a long career in which they’ve been open about their sexualities (they’re both gay) and apart from being lesbian icons, they’re also activists. They have founded the Tegan and Sara Foundation whose mission it is “to fight for economic justice, health, and representation for LGBTQ girls and women”. How cool is that?

This music video doesn’t have any smooching in it, but it’s still sweet and gay and the song – like the whole album – is very catchy.

And that’s it for today! If you know any other good music videos about lesbian love, share them in the comments! 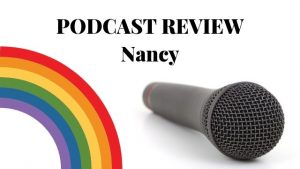 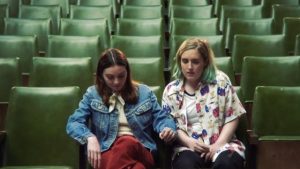 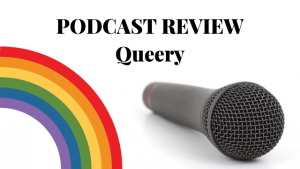